"Many of the more sensational cases pitted the case-hardened League jurists in Paris against the passionate but legally uneducated partisans in the sections.

The Seznec affair provides a perfect illustration. In the late evening of May 25, 1923, in the Breton department of the Finistère, Pierre Quemeneur, a local entrepreneur and politician, disappeared. Shortly thereafter, Guillaume Seznec, a small sawmill owner, was accused of the murder. Although the prosecution’s case was entirely circumstancial, although no body was ever found, and although Seznec insisted on his innocence, he was convicted of the murder after a lengthy trial and sentenced to life imprisonment on Devil’s Island. From the beginning the case was a messy one. Seznec’s defense was full of logical inconsistencies and so too were the arguments of the prosecution. The quality of the police investigation as well as the legal work on both sides left something to be desired. The business practices of neither Seznec nor his alleged victim were entirely above reproach and as a result there were soon a number of lurid scenarios as to how Quemeneur had met his presumed fate. Mingled, one way or another, in the affair were assorted colorful characters of varying degrees of respectability. As a result, the Seznec affair was always good copy and every new revelation (and scarcely a year went by without one) ensured a spate of front page stories in the interwar popular press.

In 1930, the Seznec case came to the attention of Marie-Françoise Bosser, a schoolteacher, founder and secretary of the League’s section in Pont-Aven in the Finistère. She promptly interviewed one hundred of the interested parties and became convinced of Seznec’s innocence. In July 1931 she drew the case in the attention of the Central Committee. Overcoming her nervousness, because, as she admitted, she had never before addressed an audience more intimidating than the little children she taught, in 1932 she traveled to the League’s national congress to plead Seznec’s case. Before long she was speaking to packed houses, first in Brittany and then all over France. She addressed any sections of the League that would hear her. In 1933, she dispatched copies of a brochure on the Seznec case to every departmental federation of the League pleading that every section purchase at least one copy. She rounded up five members of the 1924 jury, presented them with the damning evidence concerning the trial and persuading them to call for its reopening. In time, the entire federation of The Finistère was working on nothing but the Seznec case.  In 1937 she led a delegation of Breton deputies to confront Premier Léon Blum and his Minister of Justice, Marc Rucard, both leaguers. Throughout the decade she was a fixture at League congresses.

Although the Seznec case was always before the congresses and more or less permanently on the agenda of the League’s executive and its Central Committee there were constant tensions between Bosser and the League’s leader. Bosser was impatient. She fully appreciated the legal complexities involved in Seznec’s case and the fact that the wheels of Justice turn slowly. But while those wheels were turning, an innocent man was dying in a tropical prison ! She could not help but wonder if mysterious forces in the Ministry of Justice, if not in the League itself, were conspiring to impede the rehabilitation of an obviously innocent man. Bosser’s conspiracy theories were not much appreciated in the Central Committee aware (as was Bosser) that during many of those years, the justice ministry was headed by a leaguer. No one disputed that there were troubling aspects to Seznec’s trial but members of the Central Committee did not share Bosser’s conviction as to Seznec’s innocence. They patiently explained to her that unshakable conviction was one thing but what the Seznec case really required was solid evidence. But, she reposted, she had evidence. Evidence in abondance ! Why just about every day brought in new evidence of Seznec’s innocence. But this very fact was a source of concern for the Central Committee. Bosser, it noted, did not seem adept at discriminating between solid evidence and rumor. All too often she seems to be citing second- or third hand reports that some jailers or padre on Devil’s Island apparently believed in Seznec’s innocence. Moreover it reminded her, under Articles 443 and 444 of the criminal code of justice only evidence that was entirely new and pointed directly to the innocence of the accused was grounds for an appeal. 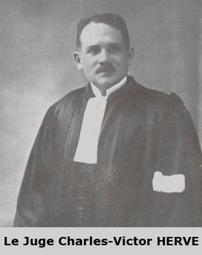 Worse, the Central Committee was uneasy about the company Bosser was keeping. Her principal associate in the case, was a former judge and also a leaguer named Charles-Victor Hervé. Hervé was a man of undeniable persistence and energy, but he also had a history of mental instability, which, among other things, had ended his career on the bench. Furthermore, he sought to defend Seznec by constructing an alternate scenario of the crime. His pet theory was that Quemeneur was killed not on May 25 but on May 27 at his family estate at Plourivo, having been surprised in bed with another man’s mistress. Although Hervé carefully refrained from giving the name of the other man, it was an ill-kept secret in Brittany that the person he had in mind was none other than the victim’s brother Louis Quemeneur. Inevitably, although there was almost no hard evidence for this account, the story was too good for the would-be Zolas in the local press, one of whom parlayed it into a book. The result was a massive and very successive lawsuit by Quemeneur. Seznec’s case was not helped unduly by Hervé’s quixotic and unexpected failure to testify at the trial of the poor journalist. Hervé, in turn, was subjected to a successful defamation suit.

In due course, however, Hervé did provide Bosser with the critical new evidence. He discovered a witness who claimed to have driven someone who could only have been Quemeneur to his country house at Plourivo on the evening of May 27. Not only did the witness nicely corroborate Hervé’s favorite theory to the circumstances of Quemeneur’s demise, but he exonerated Seznec who could have been nowhere near Plourivo on that date. Sufficiently impressed, the Central Committee called upon the minister of justice to open an investigation leading to a revision af the 1924 verdict. But upon being asked the name and address of this critical witness, they were distressed to learn that Bosser did not know and Hervé, for strategic reasons that he kept to himself, would not reveal it. And they were aghast, some months later, to hear Bosser declare that the witness in question was perharps not all that important and that the real case rested on series of witnesses, none of whom were individually that decisive, but which taken together pointed to the innocence of the convict on Devil’s Island. Nor could she hide her exasperation with the narrow formalism of the Central Committee, charging that “it seems, in effect, to grasp one pretext after another to postpone indefinitely any action.” She was also given to telling the many sections she was in contact with that the Central Committee was guilty of some combination of “suppression, inertia or duplicity” on the Seznec file. These sections sometimes shared her concerns. The section of Champigny, for example, regretted the disappearing witness, suggesting that he had been bought off or otherwise intimidated. But surely the dossier Seznec contained “ten, fifteen or perharps twenty” other items pointing to his innocence.

The internal battles within the League over the Seznec case reveal two conflicting but equally admirable sides to the League : passion for justice, on the one hand, and a hard-nosed mastery on the judicial system, on the other. There was something wonderful about the spectacle of the diminutive schoolteacher from small-town Brittany who, in 1935, announced to a congress of men who were otherwise engaged in squaring political circles, that she had ridden on the bus for exactly 1,248 kilometers to get five minutes to speak for a man whom she knew in her bones, pace the logic chopping of the Central Committee, to be innocent. But there was something equally impressive about Odette René Bloch, the distinguished Parisian lawyer and member of the Central Committee, who rose at the 1934 congress to remind Bosser that she too passionately believed in justice but, unlike Bosser, she was also acutely alert to the significance of Articles 443 and 444 of the code of criminal justice, the very articles that governed appeals for revision. There were two kinds of leaguers here, both, for once, women : the passionate defender of rough-and-tumble justice and the professional jurist.

There was no ideal ending for Seznec or his impassioned advocate, Bosser. A succession of justice ministers, many of them, Marc Rucard, Yvon Delbos, and Vincent Auriol, members of the League, examined the case without being convinced. Seznec did not, as Bosser so often feared, die in jail. She lived long enough to see Seznec pardoned, to find him a home in Brittany, and to bury him in 1954. She and Emile Kahn were still fighting for his rehabilitation in the late 1950’s.The case was before the courts as late as 1996 and still, from the perspective of the Seznec family, without success. But in 1989 the famous Articles 443 and 444 were revised to permit even evidence leading to doubt to be grounds for revision. The new legislation is sometimes referred to as the “Seznec law” ; it could equally well be called the “Bosser law”." 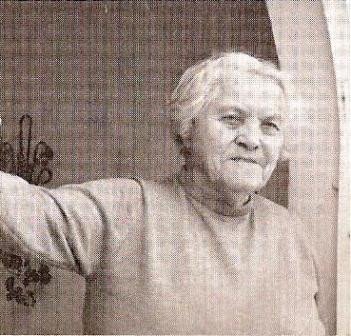